We would like to offer our sincere support to anyone coping with grief. Enter your email below for our complimentary daily grief messages. Messages run for up to one year and you can stop at any time. Your email will not be used for any other purpose.

Share a memory
Obituary & Services
Tribute Wall
Donations
Read more about the life story of Walter and share your memory.

There will be no services at this time.

Please consider donations to the Department of Veterans Affairs by visiting https://www.cdceportal.va.gov/donate_online/

Walter was born on Wednesday, August 25, 1926, in Mt. Carmel, PA, to Walter Barrett and Grace Wary. After graduating high school, Walter joined the service, where he was an electrician's mate in the Navy. He served on the Destroyer USS Holland in the Pacific during World War II, receiving a purple heart.

After his discharge from the Navy, Walter attended Lycoming College and Bucknell University, where he met and eventually married Doris Neuberger. After Walter graduated from Bucknell, he went on the get his master's degree in physics from the University of Michigan.

Walter had a fruitful career working for Kodak, General Electric, General Dynamics, and Bausch and Lomb, to name a few.

Walter will be greatly missed by all that knew and loved him.

Please write a memory or condolence to the family by visiting
www.watermanfuneralhome.com.

To send flowers to the family or plant a tree in memory of Walter E Barrett, Jr., please visit our floral store. 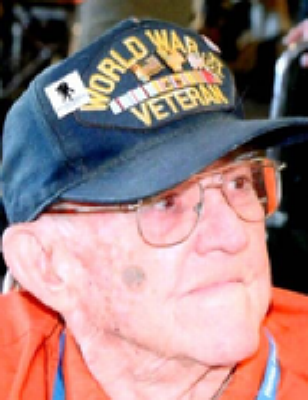 In Loving Memory Of

Look inside to read what others
have shared
Family and friends are coming together online to create a special keepsake. Every memory left on the online obituary will be automatically included in the book.

In Loving Memory Of

Look inside to read what others have shared

Family and friends are coming together online to create a special keepsake. Every memory left on the online obituary will be automatically included in the book.

You can still show your support by sending flowers directly to the family, or by planting a memorial tree in the memory of Walter E Barrett, Jr.
SHARE OBITUARY
© 2023 Norman L. Waterman Funeral Home, Inc.. All Rights Reserved. Funeral Home website by CFS & TA | Terms of Use | Privacy Policy | Accessibility